Chips’s lively, off-the-wall presentation made me laugh out loud. Even if you don’t give a hoot about book covers, publishing, or the like, please watch his short talk. I guarantee you’ll find it fascinating!

It’s not a West Indies-originated exclusive dance for men.

(I always learn something new when I blog!)

I’m using another definition of “limbo”: a transitional state. I’m waiting to hear from my editor for the first time.

I’ve had nightmares about our first interaction. In my most vivid dream, the editor emailed me and tersely stated my manuscript needed a lot of work. To add insult to injury, I was told I had to change my title from Birth of a New Brain to BRAIN HAMMER!

The title BRAIN HAMMER! reminded me of the Beatles’ Maxwell’s Silver Hammer. I couldn’t help but think of this classic song which ain’t exactly about peaches & cream.

Well, I couldn’t blame my disturbing dream on a spicy Mexican dinner. Once again my writing insecurity was surfacing from my murky subconscious to say BOO! At least I was able to laugh about it later. Much later. 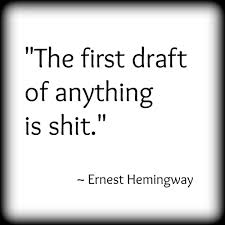 Hemingway was such a salty-tongued fellow!

Of course, I can’t leave out Anne Lamott, or I risk getting trolled by an excessively ardent Anne Lamott fan.

Believe me, they exist 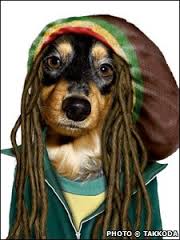 My book cover design is done, and it’s beautiful! Thanks to the brilliant book cover designer Vanessa No Heart for taking the concept to a whole new level. I’m not sure when it shall be revealed, but believe me, I’ll let you know as soon as I can. I’ll probably get it tattooed on my face.

A Cool Resource for Writers

I encourage those of you with writerly aspirations to check it out.

The premise is this: You write a proposal and sell pre-orders, and the Publishizers query it to publishers for you. They even guide you step-by-step through writing a book proposal. Nice! (I’d also use agent/co-founder of the San Francisco Writers Conference Michael Larsen’s book as a reference.)

Publishizer queries a variety of publishers at pre-order “milestones.” If you sell 500 pre-orders, they personally query 20 publishers for you. There’s an extensive list of the publishers on the site.

Then you’ll arguably get one of the best problems of your life: you must select the best publishing offer for you. You’ll receive different kinds of offers based on the interest in your (fabulous) proposal.

After all that you shall select the best publishing offer and receive your payment!

Doesn’t it sound so easy-peasy-lemon-squeazy? 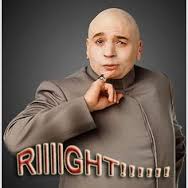 Anyway, I thought the section showing how many agents were interested in each proposal particularly interesting. Please keep in mind that this is my rather poor paraphrasing of what Publishizer’s all about, so go take a peek!

Here’s A Memoir I Recently Enjoyed 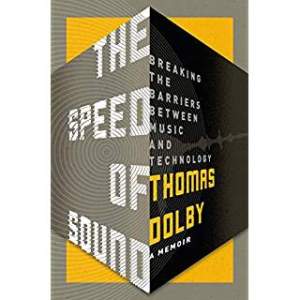 I like the publisher’s description, which I’ve edited quite a bit so this isn’t a 3000-word post.

“The remarkable story of rising to the top of the music charts, a second act as a tech pioneer, and the sustaining power of creativity and art. Thomas Dolby’s hit songs “She Blinded Me with Science” and “Hyperactive!” catapulted him to international fame in the early 80’s. A pioneer of New Wave and Electronica, Thomas combined a love for invention with a passion for music. But as record company politics overshadow the joy of performing, Thomas finds a surprising second act.

Starting out in a rat-infested London bedsit (I must interject: “GRRRRROOOSSSSSSSSS!!!!!”)  a teenage Thomas Dolby stacks boxes by day at the grocery and tinkers with a homemade synthesizer at night… with a bit of luck he finds his own style, establishing himself on the scene and recording hits that take MTV  by storm. The world is now his oyster, and sold- out arenas, world tours, even a friendship with Michael Jackson become the fabric of his life.

But as the record industry flounders and disillusionment sets in, Thomas turns his attention to Hollywood. Scoring films and computer games eventually leads him to Silicon Valley and a software startup that turns up the volume on the digital music revolution. By 2005, two-thirds of the world’s mobile phones embed his Beatnik software. Life at the zenith of a tech empire proves to be just as full of big personalities, battling egos and roller-coaster success as his days spent at the top of the charts.

(I snipped quite a bit off at this juncture – they gave too much away in their mongo-blurb.)

Thomas Dolby has been named Johns Hopkins University’s first Homewood Professor of the Arts, where he will help create a new center that will serve as an incubator for technology in the arts.”

As a longtime fan of Thomas Dolby’s music, I was caught up in his incredible story. The only portion I found challenging was the uber-Silicon Valley techie descriptions, but that was to be expected. I was also very moved to learn about Dolby’s transgender child Harper, and Dolby’s ultimate acceptance and support of his  on. I was plain-old-sad when this memoir ended; I wanted it to go on, which is the sign of a truly awesome book.

The catchy, witty song Close But No Cigar is one of my favorite tunes from Thomas Dolby’s Astronauts and Heretics album, complete with a rip-roaring guitar solo from Eddie Van Halen. Avonlea and I got to see Dolby perform in Santa Cruz; she was in utero at the time. (And unfortunately she doesn’t care for his music or any other “80’s music nightmare artists” for that matter!)

The Lose It! Update

My friends Bradley (Insights of A Bipolar Bear), Marie Abanga (Merry Marie) and I are using the Lose It! app & website to get healthy. Thanks to Lose It!, I lost 40 lbs. – the equivalent of a small child or big carp fish! However, maintenance is tough, especially because I still struggle with compulsive overeating. I’m sticking to LoseIt! so I don’t yo-yo as I’ve done in the past.

You can sign up for free at www.loseit.com to join our little group; search for the Wondrous Writers group at the Lose It! site. It’s easy. Not peasy-lemon-squeezy. (Sorry.)

It’s raining cats, dogs, and banana slugs today. The power could go out at any minute, so I’m pressing “publish” before checking for typos. I used my new BFF, Grammarly Premium proofreader, as I typed along and it caught some nasties, but not all of them. I’ll take a chance of offending the typo police.

I hope you have a good weekend, a happy Halloween on Monday, and I’ll see you next Friday with tales to tell. 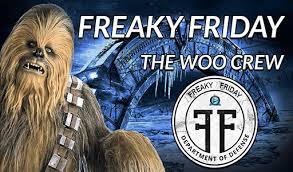 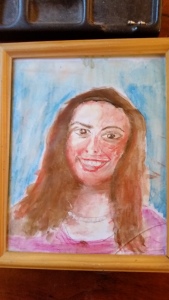 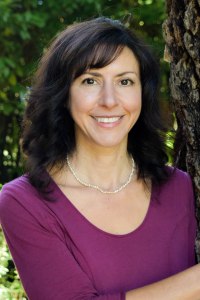 Here I am, looking slightly less like a member of the Homo neanderthalensis species

(Thanks to Crystal Crafton of rap.ture photography)

I hate having my picture taken.

I posed for pics at my wedding only because I drank two bottles of Perrier Jouet Belle Epoque champagne. Ever since that day, I don’t advise any gal to hit the booze a few hours before she gets married. Please allow me to explain…

Our wedding took place six years before my postpartum bipolar diagnosis. However, because of my alcoholic brunch, not eating, and not sleeping the night before our ceremony, I became hypomanic as Craig slipped the wedding ring on my finger. Ugh. Luckily I was able to get a full night’s sleep the following night, and the hypomania quickly subsided.

In keeping with the tradition of this blog, I digress.

Some of you know I turned in my manuscript on October 1st. Until the editing phase begins, there are other tasks to do, such as scheduling a headshot.

Craig volunteered to take my picture, but I declined because this snob  wanted a professional. I know it’s possible for amateur photographers to take great headshots. One example is the shot my friend, the bestselling author Dan White (Under The Stars, The Cactus Eaters), took of his wife Amy Ettinger, also an author. Check out Amy’s beautiful headshot and what her upcoming book is about, that lucky gal!

Through a friend in my local Facebook group, I was referred to a reasonably priced photographer named Crystal Crafton and I booked her. I refrained from telling Crystal about my aversion to being photographed until we met, for I didn’t want to scare her off! We got together on Tuesday, and I immediately felt at ease with her.

The weather was sunny and clear, so I suggested we shoot at the beautiful Highlands Park across the street. As Crystal snapped away, I gritted my teeth while I emitted the sound the character Mini-Me makes in the Austin Powers movies. The intrepid Crystal had photographed far more challenging  situations, so my freaky noises didn’t faze her.

I was very happy with Crystal’s work! It’s a basic headshot – there’s nothing fancy about it, but I could always use these jazzed-up versions for publicity purposes. 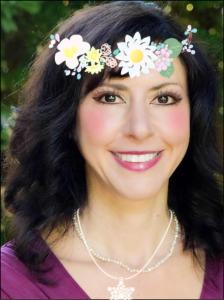 “Just call me angel of the morning, angel!”

I couldn’t resist adding a link to Juice’s video. It has gotten almost 15 million views. (If you watch it, let me know if you think that’s all her real hair!)

Then there’s “The Bellah”: 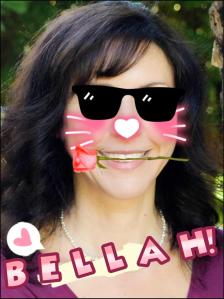 “Bellah!” is a nonsensical word my high school BFF and I made up. We used to yell it out in the middle of Ms. Shirley’s 10th-grade math class to shake things up. 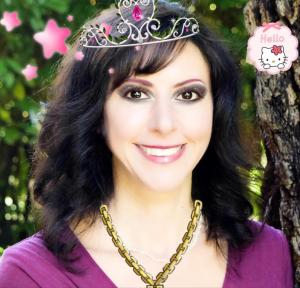 “Oh yes, I’m a Princess at heart, and you will wait on me hand and foot!”

When it comes to my book, I think about it often and I freak myself out with the dreaded “What If’s.”

What if they cancel my contract?

What if I relapse?

What if someone I love dies over the next year?

I think my subconscious was trying to get me to lighten up the other night. I had a vivid nightmare in which my editor wrote me an icy email that said, “Your book will need a lot of work! We’re going to need plenty of time! Plus, we’re going to change the title to BRAIN HAMMER.”

I loathe the title BRAIN HAMMER! I love my title. I found BRAIN HAMMER pretty funny, and it felt good to laugh about it. But if it turns out I’m psychic, and my nightmare comes true, well, I’ll find other means to get my story out into the world. I’ll keep you posted!

My friends Bradley (Insights of A Bipolar Bear), Marie Abanga (Merry Marie) and I are using the Lose It! app & website to shed pounds. Thanks, in part, to Lose It!, I lost 40 lbs. Hopefully none of those pounds were taken from my brain. It helps me to stick to Lose It! so I don’t yo-yo. Bradley and Marie’s encouragement helps me to no end. You can sign up for free at www.loseit.com – to join our group, search for the Wondrous Writers group at the website.

Thanks for reading, thanks for your wonderful comments & support, and I’ll see you next week, my friends.

p.s. Please don’t get mad at me if you listen to Angel of the Morning and it stays in your noggin waaaaay longer than you’d like! 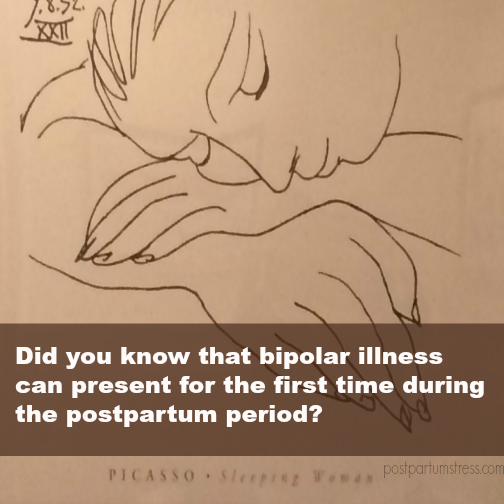