Me aewd my ghostwriter Lucy

This week life managed to surprise me in a good way. I’ll be honest with you…I liked it!

Some of you may remember the plethora of posts I’ve written about my writing rejection, i.e. Let’s Play The Schadenfreude Game – A Writer’s 1st Rejection, Chopped Liver (A Writing Rejection Merry-Go-Round), and Becoming More Lizard-Like (Another Ode to Writing Rejection).

I’ve had my blog pitches rejected by various Huffington Post editors a whopping eight times over the past 18 months. At one point I became so full of sour grapes over my Huffington Post rejections that I immersed myself in bath of negativity. I read articles written by people who despise the Huffington Post and who had their work rejected too. (There! See? I share my dark side with you – I never pretend to be Mrs. Glitterfart here!)

I vowed to stop submitting to them because what was the point?

A few weeks ago I was surfing the web. I don’t remember what I looking for in particular, except that it wasn’t Huffington Post-related because I was burned out on them, as you might imagine.

But when I serendipitously found this post on Erin’s Inside Job about how she landed her Huffington Post blogging gig I couldn’t resist my curiosity. In it, Erin explains how her pitches were constantly rejected, and she decided to go straight to the top. She pitched her blog post idea to HuffPost’s founder Arianna Huffington and was successful. It sounded too good to be true.

After reading that, I drank a mug of my new favorite caffeinated beverage called “The Godfather Latte“.

Thanks, in part, to the power of this magical chai tea combined with my two favorite food groups: espresso and chocolate, I was a bit high and figured I had nothing to lose by emailing Arianna Huffington except more pride.

Apart from The Godfather, what motivated me to make this final attempt was that I was profiled twice in Ariana Huffington’s paper & I got positive feedback. While neither of those profiles went viral, the statistics on the HuffPost Women profile weren’t shabby either. Plus the HuffPost Women profile (the one I shared everywhere except under rocks) was mostly comprised of my own writing, so it was almost a blog post in itself, ha ha!

I hastily drafted an email. I made the egregious mistake of ignoring this cardinal rule: “Any email meant for an editor’s eyes must be very short, i.e. 2-3 lines” Whoops! 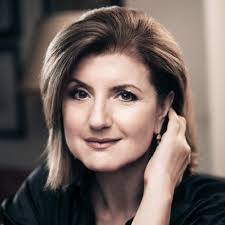 Here’s the novella I sent to her:

I hope this finds you well!

I’ve had the honor of being profiled in HuffPost twice! The 2nd piece
(about my having the least-known perinatal mood & anxiety disorder/form of bipolar called postpartum bipolar) was written by Dr. Laurie Hollman and got great views, shares & comments:

HuffPost Blogger Greg Archer chose me as an “Inspiring Agent of Change”:

I’ve submitted a pitch to HuffPost Stronger Together, Healthy Living, HuffPostWomen and the general box about my experience with this obscure-yet-relevant perinatal mood & anxiety disorder to no avail.

It’s the perfect time to spread the word about postpartum bipolar disorder; despite the fact it’s more obscure, it’s a very relevant perinatal mood and anxiety disorder and just as important as the other seven perinatal mood disorders.

Do you think you or your staff could help me? I’m copying my article below.

Thanks so much for your consideration,

I emailed her two weeks ago and promptly forgot about it.

Last Monday, in my blurry-eyed state, I opened my email and spotted a subject header that said “An invitation to blog for Huffington Post”.

I opened it anyway.

It seemed real! I couldn’t believe it. Still dubious, I reviewed the email. It didn’t ask me to buy a penis enlarger. There were instructions: a form to submit and a request for my profile picture. Then I received a confirmation and further instructions from (just kidding!)  no, – it was “The Huffington Post Team”!

It was so awesome to receive good news like this, especially as it has been a hard time for most of us, hasn’t it?

Family and ex-friend dilemmas that I haven’t been able to blog in depth about (as much as I’ve wanted to, believe me) have been testing me, so having my HuffPost pitch finally accepted was a beautiful validation that I was doing something right. While sure, it’s not The New York Times, it’s an opportunity to get the word out about perinatal mental health, a subject close to my heart. That’s what matters to me. 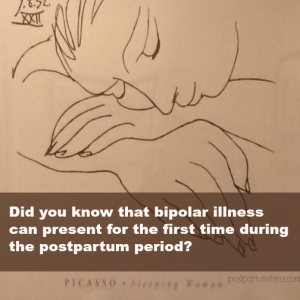 If you ever feel like giving up on doing something, but feel compelled to try again, please remember this little story. You never know…

And with every fiber of my being, I wish you each a happy surprise of your own. You all deserve them!!! (Maybe you can share one of yours here? 😉 – subtle hint.

See you next week!

“Tell me about your childhood!”

It’s me, your epidermally abundant friend, sharing my latest literary brush-off with you from my neck of the (red)woods.

Yes, I’m developing a thicker skin, and it even grew a few millimeters more overnight!

At least in my most recent turndown, a different one than what I wrote about last week, I knew there was a strong chance my submission would be rejected. Even so, I felt stung upon receiving the news.

The same-old thoughts paced frantically through my brain which included You’re not good enough!, Why even bother?, and of course the classic:

Then I switched gears.

I reminded myself that my writing reflects who I am, and no one else can create rambling prose quite the way I do! Simplistic as that may sound, it comforts me.

The editor who rejected my writing is just one person. With her own subjectivity. It’s not like a panel of twenty experts decided my writing wasn’t up to snuff.

I licked my ego wounds. I vented a bit around the house and sat down at my laptop. My writing muse/collie Lucy promptly sat gently and warmly in her special spot, which is upon my foot. I felt better than I thought I would.

I started writing again. It was the best antidote to literary rejection besides chocolate.

For fun, I grabbed my mental surfboard to go online surfing to review  famous author rejection letters. I came across these excerpts from Writer’s Relief. One excerpt falls in the WTF category – can you guess what # it is?

Writer’s Relief Inc.’s blog post “How to Interpret Rejection Letters from Literary Agents And Editors” is worth a visit. I especially like the opening paragraph:

Rejection letters from literary agents and editors of literary journals can be discouraging—especially impersonal, one-line form letters. But rejection is a necessary part of the writing process, and creative writers should know how to interpret the information in rejection letters and then use this knowledge to improve their submissions.

Sounds good to me.

Dyane’s memoir Birth of a New Brain – Healing from Postpartum Bipolar Disorder, with a foreword by Dr. Walker Karraa (Transformed by Postpartum Depression: Women’s Stories of Trauma and Growth), will be published by   Post Hill Press in Fall, 2017.