Please note that this post contains potentially triggering details about the tragic subject of suicide.  This is the first post I’ve written in over 100 posts of this nature. While I felt hesitant to share these details, the topic is a part of who I am.  Thank you for reading if you choose to do so, and, as always, take care.

“Don’t stand around, like friends at a funeral…eyes to the ground.  It could have been you.”

Crowded House, “Never Be The Same“

March 26th has never been the same for me since 2005, when Paul Hester, one of my favorite musicians in the band Crowded House, committed suicide.  I don’t have it in me to write very much or very well for that matter.  Paul’s suicide is forever etched in my memory, and whenever I remember how he died my heart sinks, for his death hits way too close to home.

The band Crowded House (one of my all-time favorite rock groups) was fortunate to have Paul Hester as the original drummer.  It is very possible that Paul suffered with bipolar disorder although he never confirmed it to the press.  Members of his inner circle knew that he suffered with depression for years, and he was known for his extreme mood swings.  On stage he was a bright light full of humor, and his fans adored him for his ebullient personality.

I met Paul when I traveled by myself to Australia in 1994; we spoke after a Crowded House concert.  I saw firsthand that the international fame he experienced with Crowded House had not changed him into an egotistical monster.  He seemed like a regular guy, a quality that endeared him to his fans because they could sense he was authentic and vulnerable.

In 2005, Paul took his dogs for a walk and hung himself on a tree in a Australian park.  He left behind his two little girls.  He was forty-six-years old.

Months after Paul’s death, my bipolar depression brought me to an all-time low.  My psychiatrist prescribed a medication called Elavil (amitriptyline), a tricyclic antidepressant.  I took one pill.  Just a few hours later I felt indescribably awful.  Words can’t express how bad that time was, for I wanted to take my own life.  Never before had I wanted to hang myself.  However, I eyed my thick, green, bathrobe belt and I felt compelled to wrap it around my neck and jump off our second story deck railing.

Thank God Craig was home.  Thank God.  I went up to him and asked him to drive me to the hospital.  Weeks later, I couldn’t help but wonder why I fixated on asphyxiation when in all the years before the day I took that Elavil pill I knew I would NEVER do that.  Never in that particular way.

The only explanation I could come up with was that Elavil caused a reaction in my brain that drew me to that form of suicide because my musical hero took that route.  In any case, there is a reason for the “black box” featured on all antidepressant brochures warning of possible increased chance of suicide.  While the warning states that it applies to young people, I believe it can apply to a person of any age.

On this day I think of the two daughters Paul left behind.  I have two daughters I almost left behind as well.  I cannot imagine the agony that the Hester daughters have suffered.  I have thought of them over the years since Paul’s death, wishing them as much healing as is possible when one loses a parent to suicide.

March 26 reminds me of how grateful I feel that I didn’t go the same way as Paul.  I can only hope that he’s in a place where he has forgotten his torture.  Paul Hester lives on in this world through his musical legacy.  His family and fans will always remember his warmth, humor and compassion. The cliche is fitting here: gone but not forgotten.

We love you Paul. 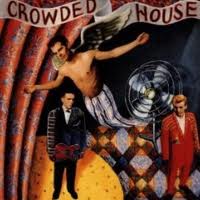 Yesterday to my chagrin I forgot to charge my MacBookPro before leaving the house.  I am proud to say I did bring my charger, but that didn’t help me when I was stuck in my car for twenty minutes with 1% left of battery power.  My blog post’s parting words, frantically written before the laptop conked out, were “Well, the plane flight to Australia was stressful, but not in the way I had foreseen, i.e. bumpiness or mechanical failures.  Oh no. There were several alarming problems that took place both during the flight and upon touchdown.“

I had boarded my flight healthy and raring to go, but my immune system wasn’t strong enough to protect me from the other passengers’ germs. I picked up a nasty cold within just a few hours after boarding.  (I didn’t know that due to germs recirculating within the plane cabin, it was much easier to get sick.  If I had known that fact, maybe I would have doubled up on vitamin C since I had a weak immune system.) Lesson learned.  I was sneezing nonstop when the captain’s voice boomed over the intercom to inform us that we’d be arriving in Auckland in six hours.  “WHAT?” I shrieked inwardly.  “This flight is supposed to go to MELBOURNE!”  The itinerary that I clutched in my quivering hands clearly stated that I was flying from San Francisco to Melbourne. For whatever reason, the flight plans had changed and my plane was making an Auckland layover.  The pilot didn’t mention that we were still Melbourne-bound, and I felt petrified to flag down a flight attendant to clarify matters.  I credit my cold for fuzzying my brain and igniting a panic attack that prevented me from acting rationally.  It would have taken all of twenty seconds for me to settle my fears about our destination, but I wasn’t able to think clearly at all.

I panicked for the remainder of the journey, which felt like forever.  Just before we descended, the captain explained we’d be in Auckland for a short time and then we’d re-board. I let out an enormous sigh of relief and my sinuses momentarily cleared.  After we deplaned, I made a beeline for the gift store for some classic retail therapy.  The shop was full of tempting items, and I wanted one of everything.  I resisted temptation and treated myself to two essentials: an enormous milk chocolate bar and a jar of famous New Zealand honey, which made me feel a little better.

It was time to schlep back onto the plane, and I grew increasingly out of it.  When we landed in Melbourne I felt worse; however, I was relieved there would be someone waiting for me.  At the gate stood my longtime Greek-Australian pen pal “Kara”.  Kara was there with two of her friends, and she gave me a welcoming hug.  We found our way to her small car, and I assumed we’d head to her house.  I was totally exhausted, and even without my cold I would have been pooped.  Instead, we headed to the Australian outback to attend an outdoor 60’s-themed “rave”.  During the many years of our correspondence Kara neglected to mention that she was a psychedelic drug addict and that she enjoyed raves.  I was anti-drugs and anti-raves, and I felt shocked that my seemingly innocent pen pal had left out these key interests in her frequent epistles.

I wanted to be polite, so I accompanied the trio into the woods where the party took place, but I took one look at the tripping flower children and I jogged back to the car.  I gobbled down my Auckland chocolate bar even though I couldn’t taste it, and tried to sleep, which didn’t quite work out in the cramped quarters.  The time change had also really thrown me off and to top it off, it was sunny.  I don’t quite recall how many hours I stayed in that tiny car until Kara returned, but we eventually drove to her home.  She had a large, friendly Greek family complete with Grandma making spanikopita in the kitchen.  Between the gaggle of young children running around, and the television blaring in the background, the overall noise level was high.  I hated to be rude, but couch-surfing in that environment was not what I envisioned for this trip and I desperately wanted to escape.  I didn’t know what to do yet, and I furtively kept my thoughts to myself.

On the second day we went strolling around Kara’s St. Kilda, Melbourne neighborhood.  We encountered one of Kara’s friends on the street, a young woman with a neon orange buzz cut named Marilla.  (Interestingly enough, I’d be naming my own daughter Marilla many years later.  Her name was inspired by the character Marilla in one of my favorite books “Anne of Green Gables”, not by the Aussie Marilla!) Kara, Marilla and I did some mundane errands together, such as banking.  Upon exiting the bank, we spotted one of Marilla’s friends walking towards us, a pretty, dark-haired girl who looked like a university coed.

Phil Judd was the co-founder of Split Enz, the rock group I worshipped and that was responsible for my loving New Zealand.  I knew he had a daughter named Amy because he had written a song “Amy” about his little girl.  How many Amy Judds could there be, really?

“Are you Phil Judd’s daughter?” I asked, my jaw halfway to the pavement in true groupie fashion.

“Well, then, I must take you out to lunch!” I replied.  She protested modestly, but I insisted, and we three went to a sushi restaurant down the road.  I didn’t say much during the meal, but I couldn’t help at marvel at how ironic it was that I sat across from one of my musical idol’s kids.  It was a surreal occasion, to say the least.  I found it a bit strange that Kara had known of my musical obsessions, but she never mentioned that she had a (distant) connection to a member of Split Enz.  No matter.  I took the happenstance as a good omen, and that my trip would turn around for the better.

I realized that I had to bite the bullet and change my trip itinerary.  I knew I was going to offend Kara with my decision, but I was absolutely sure I wanted to get over to New Zealand as soon as possible.  Call it a gut feeling.  I discovered I had to pay one hundred dollars to change my flight plan, but it would prove to be some of the best money I ever spent.  Kara was understandably hurt, and our friendship would never recover from that blow, but as I sat on the spacious Air New Zealand plane headed for Auckland I felt joyous and relaxed.  My fear of flying was gone, and to top it off, they started playing Crowded House (my other favorite band) songs on their sound system.  I looked out the window at the bright blue sky and puffy white clouds and a sense of freedom washed over me.  Sure, I was nervous about staying at youth hostels for the first time in my life, and not having a friend to meet me at the gate.  I was confident that I’d figure it all out somehow.  I opened up my “Rough Guide New Zealand” to review some of the amazing-sounding places I planned to visit and grinned.

(To be continued!  I really will get to New Zealand!)