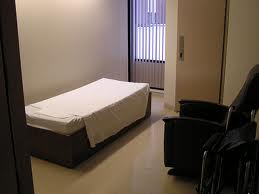 I hope with all my heart and soul you’ll never understand this poem from a firsthand point-of-view.

Have you heard of Meetup.com?  I don’t even remember how I came across it, but I’ve been a member of Meetup.com for several years.  Last year I attended only one Meetup –  a mom’s night out in my little town.  Over dinner at a new Italian restaurant I found that I didn’t have much in common with my dining companions.  Coincidentally the three of them recently relocated to our community from the fast-paced Bay Area, unlike me, so I felt a bit out of it from the get-go.  While the evening wasn’t excruciating, I wanted to make an early exit nonetheless. (I did it as gracefully as possible!)

I was the only mom present with older children.  That fact also didn’t help me connect with the other moms, despite my trying hard to be friendly and even, ahem “normal”.  (yeah, right!) Even the food was an expensive disappointment.

To top things off, I had given up alcohol due to my MAOI bipolar medication. The other moms drank red wine and none of them stuck to just one glass. My social anxiety was in full force and I craved a few glasses of wine like the others apparently did.  I didn’t drink a drop, for to combine my medication with alcohol is a huge no-no and potentially even fatal!

Although the evening was a let-down, I felt very proud of myself for giving it a shot.

Despite that bummer of a Meetup, I hoped that someday I would find a group that fit me well.  Browsing through Meetup’s website you’ll find a multitude of eclectic groups offered in my area.  It’s fun to take a look!  Some groups are pretty out-there, with occasionally hilarious themes. (“Cuddling Groups” and “Bigfoot Searchers” anyone?)  Of course there are the tamer-styled Meetups, such a book clubs, a WordPress group with a whopping 500 members, dog walking groups, movie nights and writers’ groups.  Oh, and don’t forget the Alien Sightings Meetup and Tantric sexual arts!

I arranged for Meetup.com to email me whenever a group matching my pre-selected interests is formed.  Specifically I’ve wanted to be contacted when a mental health group is created.  Once I spotted a social anxiety Meetup that sounded cool, but it met an hour away from my home so I passed as that was too far away for me.  A few months ago I started yearning to be around others who hate their social anxiety as much as I do, so I went in search of the “faraway” group only to see it had disbanded.

In 2013, I decided to taper off my bipolar medication, and I promptly became hypomanic. Whenever I’m hypomanic, my social anxiety vanishes.  So last spring I started my first Meetup group.  I shelled out $18 for one month’s organizer dues, and decided that the group’s theme would be for women interested in natural healing for mood disorders.  While in the planning stages of that Meetup, my hypomania turned into full-blown mania, and then sank down into suicidal depression.  I admitted myself to the hospital yet again. Needless to say my Meetup group folded before our very first meeting.

Three days ago Meetup emailed me offering a 50% reduction in first month fees if I created a group within five days.  It would only cost $9.50.  At first I thought, nope!  But I didn’t delete the email.

I couldn’t ignore a little voice inside me that said, Well, you could try it and see if there’s any interest…I thought about it some more.  No…I’m not gonna do it.  You don’t need one more thing on your plate.  And you need to work more on your damn book, not plan support groups!.

The pesky little voice grew stronger, adding, You’ve been wanting a Meetup do-over.  Even though you haven’t made time to see your closest friends (you know who you are, S.!) you know you’ve been struggling with social anxiety and you’ve been lonely in your isolated mountain town.  The internet has given you some wonderful online friendships, but you need more ‘IRL’ community with women like you.  Maybe having a group like this would really help your smorgasbord of mood disorders more than you realize!

So I took the plunge.

What the hell,  I rationalized.  It’s just $9.50 to get started, and if no one joins, I can cancel it!  I knew I’d be creating a group with very specific parameters, so I wouldn’t have high hopes for many responses.  Still, I’d keep an open mind all the same.

After spending an inordinate amount of time playing around with my Meetup group’s title, description, its appearance, and researching other bipolar wellness Meetups’ agendas, the gung-ho wind completely vanished out of my sails.

I had an attack of massive “Meetup Remorse”:

Luckily Meetup’s policy is to wait two days after a group’s creation before its announcement and listing goes live to members and the public.

Despite the fact I’ve felt better in a lot of respects after last summer’s hospitalization for bipolar depression, over the past year I haven’t felt social. I’ve rarely hung out with longtime friends.  My idea of creating a group given the antisocial state I’m in is nothing short of preposterous.

As I’m sure you’ve figured out already, a more realistic goal would be for me to join a group already in existence.  Sadly there’s nothing like that in my area. When I researched other similar-themed Meetups around the world, I was surprised and envious to see such awesome, welcoming descriptions.  Cool examples include a “New York Women with Bipolar brunch” group, and a “Sydney, Australia Women with Bipolar group”. There are many more mental wellness groups that look so cool and again, I wish there was one in my backyard.

It was fun to dream about forming a group that I’d like to be a part of, but the time isn’t right. Maybe someday I’ll have a change of heart and I’ll be in a better place with my social anxiety to pick up where I left off. 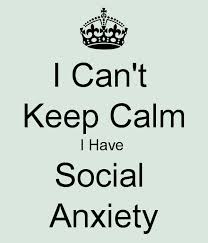 My Tweets
Dyane Harwood
Create a free website or blog at WordPress.com.