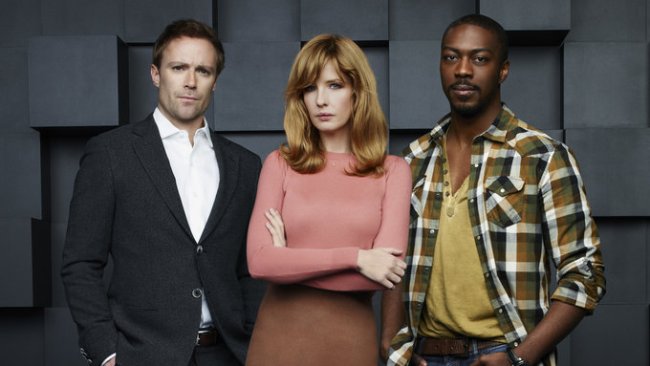 “The twenty-first century is the era of the brain, and this show will be riding that wave on the cutting edge of medicine. The brain is the source of everything — from whom we love to how we act and feel. It is the ultimate mystery, which is why doctors call it the “black box.” Dr. Catherine Black and the staff of “The Cube” will constantly be challenged by cases never seen before on television. The patients have rare, highly visual, often hallucinogenic and startling conditions, which we will see through their eyes as Dr. Black diagnoses and treats them.”

“Dr. Catherine Black (Kelly Reilly) is a famous neuroscientist who secretly has bipolar disorder; the only person who knows is her psychiatrist, Dr. Helen Hartramph (Vanessa Redgrave), who was with Catherine after her first break and has been a maternal figure for Catherine since her mother, who also suffered from bipolar disorder, committed suicide.”

Let me back up a bit.  I first read about “Black Box” a couple weeks ago in a great blog called “Bipolar, Unemployed and Lost”.  Here’s that post link:

After I viewed the official Black Box preview on YouTube,  I checked out the show’s ABC website and decided I would watch Black Box when the time came.

Those of you who have followed my writing know I never gave a hoot about how the word “bipolar” was used until I was diagnosed with bipolar!

When I first read those four items, I felt the equivalent of fingernails scratching on a chalkboard – screeeeeeechhhhhh!  Hey, we all have our “things” that set us off, and this phraseology issue is obviously one of mine.  Maybe I hold such strong opinions about speech and bipolar because I’m the daughter of a speech pathologist/trained theater actress.  Moreover, back in college, I took a “Speech for Teachers” course during my studies to become an English teacher.  My professor gave me the top grade in the class.  The main reason, however, why I feel the way I do is when I say “I’m bipolar” it sounds like that’s pretty much all I am, and nothing else.

I’ve written an essay about the wording of bipolar disorder, and if you want to subject yourself to my entire spiel (I suggest having a cup of coffee first) it has been published by the International Bipolar Foundation, Birth of a New Brain, and at Stigmama.com:

ANYWAY, I was in the mood to contact this influential journalist about my cause, so I placed my quivering fingers upon my keyboard and took off.  I tried my best not to come across as freaky-deaky, as I might have acted that way in the past with other people whose writing triggered me.

Here’s what I wrote: