The salt flats of the vast Salar de Uyuni in Bolivia, beneath which lies roughly 50 percent of the world’s supply of lithium.

In June 2015, I read Jaime Lowe’s New York Times Magazine article “I Don’t Believe in God, but I Believe in Lithium! My 20-year Struggle with Bipolar Disorder.”

The critically acclaimed article went viral. After I read it, I had a strong feeling – heck, it was more of a premonition — that she’d land a spectacular, bipolar-themed book deal with a Big Five Publisher.

My envy of Lowe’s success made my tongue turn green! 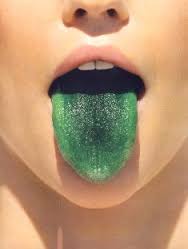 A few months later, I subscribed to a trial of Publisher’s Weekly. The subscription included PW’s daily email that announced new book deals in every genre.

In my very first Publisher’s Weekly email, I spotted an announcement of Jaime Lowe’s book deal for her memoir Mental.

After her article’s wildly positive reception, I knew Mental would do well. My prediction was accurate in that Lowe landed a Big Five Publisher: Blue Rider Press, an imprint of Penguin Random House that was also Carrie Fisher’s publisher for The Princess Diarist.

In my typical paranoid fashion, an irrational thought slimed its way through my brain synapses:

I hope Mental isn’t released when my book comes out – it would kick Birth of a New Brain’s ass!

Thanks to my ghost writer Lucy, my book is finally written and edited!

Every week I review Amazon’s list of upcoming bipolar-themed books. (I do this because like to know what kinds of books will be published, and sometimes I pre-order one if it intrigues me, such as this one.)

As usual, I was scanning Amazon’s bipolar books when I spotted Lowe’s Mental and its release date. I double-blinked when I saw her book would be published in nine months on October 3rd, a mere week before my book publication date of October 10th.

(If you sort our paperback books by the publication date, they are literally next to one another.)

My first thought was Waaaaah!!!!

Your first thought might be, “Shut up! I can’t even get out of bed.”

Friends, keep in mind that I did nothing during the many, many years of my treatment-resistant bipolar depression. Please forgive my insensitivity and rudeness, and keep reading!

Here’s my wack-a-doo theory I call:

When a reader who wants to buy a bipolar memoir is faced with a choice of two books published the same week, they’ll buy the book written by the New York Times writer. Not mine.

Believe me, I know how super-dumb this is, but that’s how my brain rolls.

My topic is fundamentally different – I’m writing about postpartum bipolar and being a mother. As far as I know, Lowe isn’t a mom, and her book focuses on her experience with lithium.

I spoke to my husband Craig, a published author of an award-winning book. (Quest for Flight: John J. Montgomery and the Dawn of Aviation in the West)

“It’s actually a good thing,” he said. “The subject matter is being stirred up and promoted by the other author. On Kindle when people see what other books on the same topic have been bought, they might see yours and buy it.”

But doesn’t it seem a teeny bit weird that out of all the days in the year, my book is alongside the very NYT Magazine superstar whose book I’ve been tracking for 19 months?

I almost didn’t share this post because it’s so petty. I forced myself to press the “publish” button and cringed.

The heart of the matter is that I need to believe in my book’s worth. I won’t magically stop worrying about my competition, but I can remind myself, mantra-style, that my book will help people.

I recommend Joanna Penn’s book The Successful Author Mindset: A Handbook for Surviving the Writer’s Journey, specifically her section 1.11 “Why Write? There Are Already Too Many Books In The World,” and you’ll be encouraged. 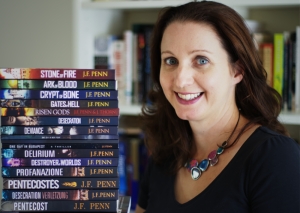 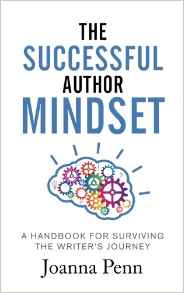 I want to share a call for submissions. I copied most of the details below. If you’re even a little bit interested, why not visit the website and go for it! The co-editors/renowned authors are very respectful of the topic and moreover, they’re cool. While there isn’t payment, it’s a worthwhile project.

Have a good weekend!!!

I’ll see you next week!

How the Light Gets in

an anthology on parenting and mental illness

Kelley Clink, Co-Editor and Author of A Different Kind of Same 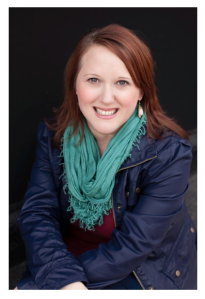 WHAT WE’RE NOT LOOKING FOR

Dyane Harwood’s memoir Birth of a New Brain – Healing from Postpartum Bipolar Disorder with a foreword by Dr. Carol Henshaw (co-author of The Modern Management of Perinatal Psychiatry) will be published by Post Hill Press on October 10th.

Birth of a New Brain is available for paperback pre-sales on Amazon at this link – Kindle pre-sales coming this summer!

“Sometimes a fantasy is all you need…”

Sometimes a Fantasy by Billy Joel is from the seminal album Glass Houses. I must have listened to that album hundreds of times in the 1970s!

Before I get into the nitty gritty, I wrote last week I’d update you about working with the editors on my book Birth of a New Brain. I’m reviewing their feedback, and I’m editing every day for hours until I speak in tongues, but please, I ask you for an extension, because something else came up!

It all started yesterday with WhitePages Premium.

I was searching for author Martha Manning’s new email. She’s a psychologist who I interviewed via email in the 1990s for a magazine article. Manning wrote Undercurrents about her ECT experience, one of the best books I’ve read about ECT. I wanted to send her an ARC of my book to see if she might possibly endorse it. (I take breaks from editing to do that sort of thing.)

Well, it turned out that I found it impossible to find an active email for her, so I finally spent a whopping $1.00 for a five-day trial of WhitePages Premium. I plugged in Manning’s name and I was given not one, not two, but six emails for her, including the email that worked for me in the 90s, but all six emails are now stinkers! I was dismayed, to say the least.

Had I wasted my precious dollar???

It turns out I did not. WhitePages Premium gave me surprisingly accurate contact information for other professionals and even celebrities I’ve been in touch with over the years, so it wasn’t a sham.

I tell you this because:

b) I used it in a moment of weakness which I’d like to share here. Just to be clear, I don’t recommend that you do anything like what I contemplated doing. I want you to learn from my wicked ways!

In a nutshell, last year I was excited to learn that my college writing instructor’s play was being produced near my home. Despite my severe social anxiety, I went to the matinee and listened to her speak about the play afterward. It looked like she was doing well.

I made 100% sure she received a package I left for her at the box office.

I don’t usually do that kind of thing, but I had brought a letter and some gifts for her. After going to that trouble, I gave it to the stage manager because I didn’t want to bug my teacher, and I was freaked out in general.

I spent all afternoon writing that letter, thanking her for being a great influence on me as a writer. I filled her in on my writing career after college, my bipolar diagnosis & its harrowing aftermath, and my upcoming Post Hill Press book. I included my contact info.

I never got a thank-you, not even a one-liner email.

I know that when we give someone a gift, we should have no expectations. It shouldn’t be “tit for tat.” (Sorry, that’s a dumb phrase you won’t catch me uttering out loud, or writing again for that matter.)

But I still believe in my heart of hearts there’s no excuse for rudeness.

I wondered if my teacher now felt I wasn’t worth her time since she was no longer just my teacher, but someone who had partnered with one of the most famous and successful writers of our century. (By the way, I know how ridiculous this all sounds.) Maybe she didn’t want to associate with someone with bipolar, or someone who was a small potatoes writer like me. Maybe she had a crisis, right? Who knows.

I may be a mess of a human being, but I’ve tried my best to thank the kind people who popped up in my life no matter what their status has been.

So let’s go back to WhitePages Premium and see what all the fuss is about!

Believe it or not, I had forgotten about what happened with my teacher, but when I played around with WhitePages Premium, I put her name into the tabs. Up came several emails for her, plus her address which I already knew was accurate.

I wrote this draft:

I want to thank you so much for not thanking me for my letter and gifts. I was shocked I never got a reply because I don’t think you would have ignored my letter in 1991.

However, I learned a valuable lesson – I must have learned a lesson since you were one of the best teachers I ever had, but I just don’t know what the hell it is.

Plus, I read it to Craig and he talked me off the “I’m gonna press ‘send’ ledge.” Moreover, this teacher and I live in a small town, and I don’t think I should burn a bridge with her in that way. But dang, I was tempted to send it!

What would you do if this kooky scenario happened with a teacher you admired…who you connected with and never forgot even though you had sh*tloads of unilateral and bilateral ECT?

(That’s what my Frozen soundtrack-loving girls would sing at me!)

Thanks for reading, and have a good week!

Your friend who loves to air her brain’s dirty laundry

The first two lines sum it up so well:
“This is a story about two writers. A story, in other words, of envy.” 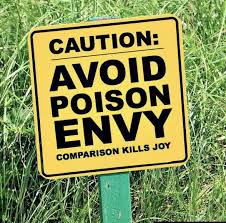