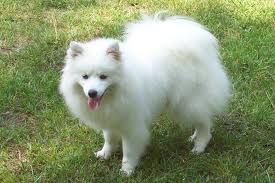 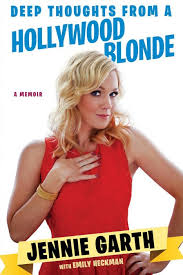 The adage “write what you know” has always made perfect sense to me, especially because I’ve never been a fanciful writer.  All my writing has been 99% non-fiction.  I’ve also been a self-help book fan for over twenty-five years.  I’ve had well-meaning relatives implore, “Write a book that has nothing to do with bipolar disorder!” but that feels all wrong to me.  I want to write something incorporating memoir, self-help and research with expert interviews.  I’m happy to say that I’m on my way – the introduction and chapter one are complete.  Now I probably have only about 180+ pages to go!

A few days ago I read an interesting quote in the new memoir Deep Thoughts from a Hollywood Blonde written by none other than Jennie Garth.  Yep, “Beverly Hills 90210” Jennie Garth.  I couldn’t resist buying her book even though I’ve never watched a single one of her T.V. shows.  (Not even one episode of 90210!)  I just wanted a pure escape read, and Deep Thoughts looked like it would fit the bill.

Another reason I bought the book was because of a road trip that Craig and I took years ago to Los Angeles to visit my parents.  We brought our dogs Tara, an adorable shaggy-haired Sheltie, and Shera, a white fluffball American Eskimo, with us.  Shera had an unusually piercing bark that would scare the pants off a hardened criminal.  The pups were both our “children before children” and in our eyes they could do no wrong.  (Well, almost.)

We stopped off at a tiny town off the main highway which we had visited before on previous road trips.  The main drag, all of two blocks long, had a yummy deli.  I noticed a film crew was at work along the road.  I usually found on-location shoots exciting, but I couldn’t care less because I was suffering a deep depression.  We exited our truck and opened the windows wide so that Tara and Shera would be comfortable.  I noticed a blonde woman walking towards us, and as she reached our truck, Shera started barking viciously at her.  Shera startled the hell out of her and literally caused this poor soul to jump up a foot up in the air and scream.  I felt sorry for the lady, but the scene was pretty hilarious and I laughed out loud – it was the first genuine laugh I had in along time.

The frightened woman was Jennie Garth on location to film her television movie.  Ever since that wacky incident, I’ve felt a connection to her.  Hence I splurged on her book, which I most likely wouldn’t have bought if it was Tori Spelling’s or Shannen Doherty’s autobiographies.

Jennie Garth remarked in her introduction how she had an absolutely terrible memory.  How the hell did she write this book?   I immediately thought.  She had a co-writer’s help, but still, I imagine that co-writers can only do so much.  She explained that in the process of writing her memoir,  “Once I got started, writing seemed to activate a dormant recollection part of my brain, and my life as I had forgotten it began to come back to me.  The more I wrote, the more I remembered.  And the more I remembered, the more I began to realize how good this process was for me.”

I believe what Jennie Garth wrote about memory stimulation was sincere and true.  Her words give me hope that the more I write my book, the more my memory will generate details about my life that I thought were gone.  Not to sound pompous or anything, but I am already impressed with my brain.  This beleaguered organ has been subjected to electroconvulsive treatments (ECT) up the wazoo, yet I don’t feel that I’ve had that much memory loss from ECT.  (At least that’s what I recall! 😉  I can remember complete lyrics to many 80’s pop songs and that pretty much says it all about the resiliency of the brain.

I hope that the writing phenomenon Jennie Garth describes happens for me because if it doesn’t, I’ll only have about twenty pages of Birth of a New Brain.  I can’t allow that to happen.  As BP (Bipolar) Magazine columnist and blogger Beth Mader asserts, “I have things to say.”  I also have things to say, and if I keep my nose to the grindstone I have a chance of completing Birth of a New Brain.

I know it sounds catty, but if books such as The Joy of Uncircumcizing, Why Do Men Have Nipples – Hundreds of Questions You’d Only Ask A Doctor After Your Third Martini, and Be Bold With Bananas! can be published, there is room for my book to exist.  If written (preferably written well), Birth of a New Brain could actually help people.  I hope that someday I’ll announce in this blog that my labor of love has been born  When I get a publishing deal,  I’ll invite you to the book’s baby shower!