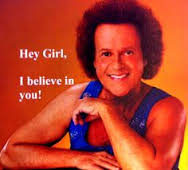 Since I last wrote about feeling better I’ve continued following my new plan. I dislike saying I’m on a diet – yuck. If you’re a die-hard Richard Simmons fan like most everyone, you’ll remember he coined “Live It”. That sounds way better than diet, doesn’t it? But plan works well for me.

Anyway, I can’t tell you how glad I am that I hit my rock-bottom in that blindingly bright Target dressing room. It feels so good to be proactive instead of inhaling pints of talenti gelato 24/7. I’m only having a small amount of sugar each day, which I’d like to cut down even more.

I was astounded to learn that there was three times as much sugar in my Pacific Foods organic tomato soup (12 grams) as there was in my Nature’s Path Heritage Flakes organic cereal (4 grams)! Tomato soup doesn’t even need sugar, so it looks like I’m going to have to make some, or better yet, get Craig to do it since he genuinely likes to cook. (I’d rather watch House of Cards.) 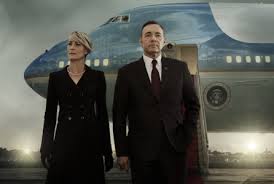 I’m drinking my daily dose of water with my psychiatrist’s blessing. He said that amount of water wouldn’t affect my lithium blood level adversely (which I get checked periodically) and he said the same thing about my MAOI Parnate/tranylcypromine.

I drink a hourly glass of H20 until I reach approx. 70 ounces & have my cell phone programmed with an hourly chime to remind me. Yes, I visit the royal throne more often, but it’s worth it. I’ve also gotten used to always leaving the house with a big bottle of water – it’s not a big deal.

To add a little variety and excitement, I’ve interspersed plain water with hot tea, such as green tea (said to be good for weight loss and also depression – look at this article!) and Traditional Medicinals Cup of Calm tea to wind down. My big treat at the end of the day is an organic Granny Smith apple with a couple tablespoons of almond butter. I measure the almond butter because each tablespoon is a whopping 100 delicious calories. It’s super-pricey, averaging at least $10 a jar, so the less you use, the better. It’s worth every penny – YUM!

If you told me a few months ago that I’d prefer an apple & almond butter over chocolate, I would’ve sneered at you like this:

I also know not to take things too far with my plan.

In late 2012 I began tapering off my medicines, which, to put it bluntly, had near-fatal results.

I researched how to taper the safest way, and I tapered very gradually. My former psychiatrist wasn’t in favor of it, but he didn’t fire me because I think he wanted the $ for his ex-wife’s alimony, which he used to complain about during our sessions. I should’ve billed him for therapy.

I used a scientific digital scale and gelatin caps to create lower and lower dosages of my meds.

When I began the process I weighed close to 170 pounds… 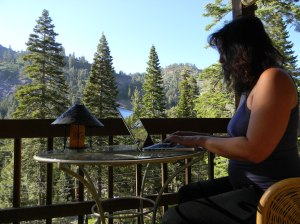 In January, 2013 I did everything I could to be a health nut in the hopes I could live med-free. I worked out hard every day for at least an hour, I drank lots of water and ate healthy food. I was still on meds here… 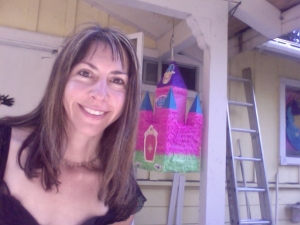 In March, 2013 I continued tapering and was clueless that I was losing too much weight. I looked almost skeletal and it’s hard for me to look at these photos – there are two that are even worse that I’m leaving out. Here I was probably around 120 pounds… 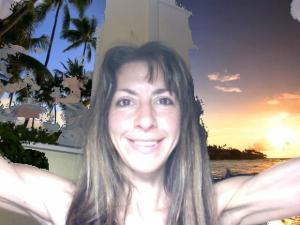 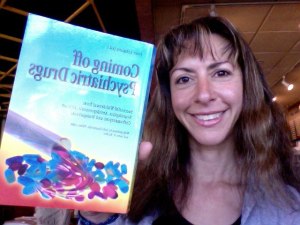 In this shot I’m holding one of my books Coming Off Psychiatric Drugs by Peter Lehmann, which I ordered from his website. I contacted Peter in his homeland of Berlin, Germany via Skype. I wanted to talk to Peter because there wasn’t much in his book about tapering off lithium, my main medication, and he was open to talking about it. Turns out that he admitted he didn’t know anything about tapering off lithium safely. I was disappointed, but I figured I’d be okay because I was working so hard at being healthy and tapering so slowly.

Unfortunately it didn’t matter how badly I wanted to be med-free.

Some people can do it, but I’m not one of them.

I’m not aiming to be Skeletora. 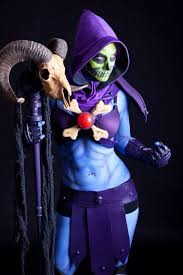 I want to be medicated and at a healthy weight, the way I was here not so long ago. 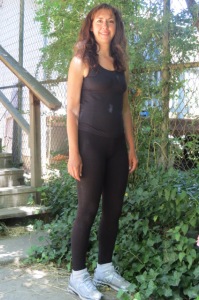 Thanks for reading, and I’ll be back next week, writing about a completely different topic that will surprise and enlighten you! 🙂

P.S. To join our fledgling Lose It! group Wondrous Writers Weight Loss Group please include your email in a comment & I’ll send you an invite, or sign up for free at www.loseit.com and find us under Groups.

P.P.S. Check out my latest Huffington Post article “Why This Bipolar Mom Exercises  for Mood Stability” and let me know what you like to do to work out in the comment section! Anyone who does it will receive a check, a Richard Simmons DVD, and a Chia Pet.