The adage “You can’t believe everything you read” is more true than ever in the internet age. And the saying takes on a whole new meaning when it hits too close to home.

While researching articles about people’s experiences with electroconvulsive (ECT) therapy, I found two posts written by an author — I’ll call her Madame Spuriosa — that alluded to the medication that changed my life: my MAOI.

Her posts contained misleading and/or blatantly inaccurate information about this class of medication. If you’re unfamiliar with MAOI’s and read Madame’s posts, you’d be dissuaded to try this potentially life-changing medication for treatment-resistant bipolar depression.

The experience reminded me how important it is to do your own research about medications and not blindly accept a blog, The Huffington Post or a doctor’s opinion about anything. I was stunned by what the author’s physician said about MAOI’s…I’ll get to that soon.

My doctor and I often use Mayo Clinic and Wikipedia can be very helpful, but of course it’s wise to check several sources & not just reply upon one.

Consider calling your pharmacist if you like him/her (I’ve read some horror stories about pharmacists who could pass for Satan!). Quiz her about your meds during a slow time – don’t call at 5:20 p.m. when there’s a line ten customers deep. Many pharmacists know a great deal, and they like to share their knowledge as long as they don’t have a ton of customers. If you go this route, just ask her if she’s not super-busy when she comes to the phone.

Back to the MAOI Saga…. 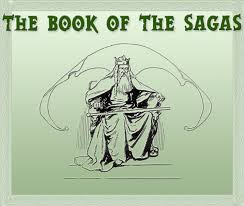 Months ago I was contacted by a blog reader who, after reading about my experience with MAOI’s, decided to try one because she was resistant to numerous bipolar meds.

Here she shares how much an MAOI helped improve her quality of life:

“I stopped by your blog while trying to find something that worked for my depression, after failing 6 or so meds and wasting 10 years of my life with this unsettling emptiness. I learned about MAOI’s from browsing through your personal struggles. 2 months later on Parnate I think I’m beginning to feel… just fine. I like it. Thank you.”

When I read that comment, I knew my blogging wasn’t some useless hobby, as I’ve been told. It’s one thing to blog about silly things, which I often enjoy doing – it makes me happy, but it’s entirely another matter to be told your post has helped someone you’ve never met.

Here’s another example of MAOI bashing by Dr. Julie Holland, author of Weekends At Bellevue and Moody Bitches. 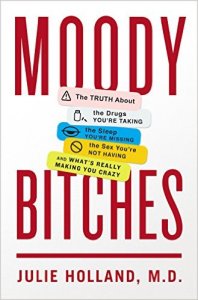 Dr. Julie Holland’s Moody Bitches is described as “A groundbreaking guide for women of all ages that shows women’s inherent moodiness is a strength, not a weakness”

Here’s an excerpt of my Moody Bitches review:

She Lost Me When She Dismissed the Medicine That Eradicated My Bipolar Depression (In 1 ignorant sentence!)

I enjoyed Dr. Holland’s first book Weekends At Bellevue and I wanted to like this one! I’m pro-medication and pro-psychiatry. I want to promote female psychiatrists whenever I can. Unfortunately I can’t do that with Dr. Holland.

In Moody Bitches Dr. Holland wrote that she was against prescribing MAOI’s (monoamine oxidase inhibitors) without providing ANY convincing reasons behind her statement; once I read that, she lost me as a fan.

An MAOI (Parnate/tranylcypromine) has been a life-changing medication for my treatment-resistant bipolar depression, especially after I combined it with lithium.

Thanks to my psychiatrist (who thought out of the box and went with this “old-school” med combo of the MAOI and lithium) I have a good life. Before my MAOI was added to my lithium, I had no purpose for seven long, horrific years, ever since my bipolar disorder, peripartum onset was triggered in 2007.

(I wrote about how my life changed for the better…)

None of these amazing blessings would’ve taken place if not for my MAOI. So all I can emphasize in this review is that I no longer recommend this doctor’s books to anyone, and I lost every bit of respect for her professional acumen since she dissed MAOI’s. 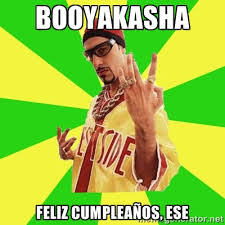 The following excerpts are from Madame Spuriosa’s posts. I bolded the lines in red that troubled me.

I went for a psychopharmacological consultation and was given three options: MAOI (another class of medication), transcranial magnetic stimulation (TMS) or electroconvulsive therapy (ECT). I was terrified of ECT and I did not want to deal with the dietary restrictions with the MAOI.

When I read that blurb, this is what came to mind:

I don’t want to deal with a lot of things, like unsightly leg hair, gassiness, not being rich, and road ragers on meth, but if I have to give up some foods and booze in order to no longer be severely depressed, then I’ll gladly deal with those dietary restrictions, no problemo!

My doctor was calm and cool while he presented my options. The first was to try a different class of medication, pretty much the only medication I had not yet tried…there were dietary issues, such as certain cheeses and chocolate that cannot be consumed. I looked at my doctor with a straight face and told him there was no way I could cut out chocolate. Luckily, he smiled and offered me a second option. (Dyane’s note: Madame opted for ECT rather than try an MAOI.)

When I read that section, I was flabbergasted!!! 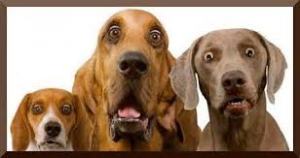 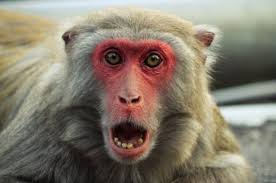 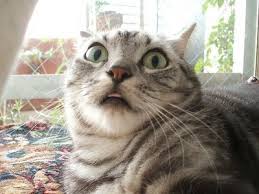 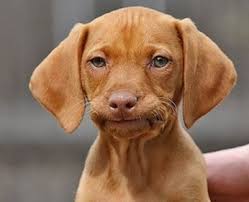 You get the idea.

No medication fits everyone – believe me, I know that, and I certainly don’t mean to give anyone false hope about MAOI’s.

But the truth is that lithium and MAOI’s work, and not only do they work, but they work for treatment-resistant bipolar depression remarkably well. Studies done in the ancient 1970’s (the decade I was born) found that MAOI’s seem to work best when combined with lithium.

What I want to emphasize is that MAOI’s dietary restrictions are totally, completely do-able, and they’ll actually make you a healthier person. There are many different lists in circulation of MAOI dietary do’s and don’ts.

While some of those lists mention cutting out or reducing chocolate, I’m here to say that you CAN have chocolate, a.k.a. the most important food in the world. I’m living proof that it’s perfectly safe to eat chocolate and take an MAOI because I’m fairly sure I’m composed of about 90% chocolate. 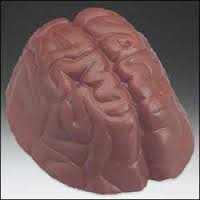 My friends, if you’ve read this far please give yourself an “A+” for being a great blog follower and a kind reader. I appreciate you so much!

You probably can guess that along with postpartum bipolar disorder, I’m going to keep mentioning the existence MAOI’s until the cows come home to…chew their cud, I guess.

Maybe I’ll write a song about it.

Unless it’s from the Weekly World News of course! 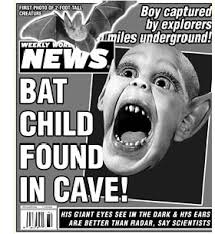 Have a good Thursday!

Dyane’s memoir Birth of a New Brain – Healing from Postpartum Bipolar Disorder will be published by Post Hill Press in Fall, 2017.