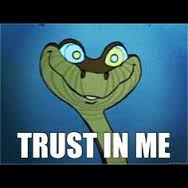 This post will sound like I’m getting worked up over something minor, but it’s not minor to me. While it’s another diatribe about an attitude I’ve been faced with by the bipolar & postpartum advocacy groups, there are a few new, juicy tidbits to explore. (I’ve written about this before here.)

This blog was created first and foremost to write about postpartum bipolar disorder (bipolar, peripartum onset) and it’s where I feel supported and understood by so many of you! Hence, this post.

I’ve been repeatedly burning myself out after contacting various bipolar & postpartum nonprofits to ask them to include PPBD on their websites, etc. They’ve made it clear they don’t give a damn about my form of bipolar/perinatal mood and anxiety disorder.

Sadly, if a celebrity comes out with PPBD or if PPBD appears in a soap opera storyline, I’ll get my queries returned… 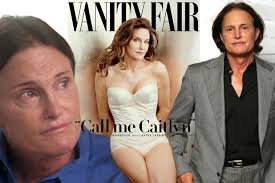 “Yes, I’ve been offered two roles in a feature film! I’ll be portraying a mother with postpartum bipolar disorder, as well as playing the role of her devoted husband!”

I asked a bipolar nonprofit to update its website by including a bit of information on bipolar, peripartum onset; in other words mention its existence. I was motivated to ask this group, in part, because I refer my blog followers to their website. I mentioned this fact.

In general, after I reach out to bipolar/postpartum groups through an email, a tweet, a phone call, or Facebook message, I’m soundly ignored. I don’t even get the courtesy of a brief reply! What’s bizarre is that these organizations’ mission-  their raison d’être is to assist their followers, of which I am one!

Can you see how I have to cool it with my frustration?

Even my canine therapist Lucy told me that it’s not serving me anymore.

The following situation happened a couple weeks ago. It finally convinced me to shift my reaction to being ignored.

I was rebuffed by an influential bipolar advocate who I’ve admired for a long time. I’ll call her “Dr. Disappointment”. She’s affiliated with a large bipolar organization.

Through a personal referral, my email was forwarded to her. That was truly great! My hopes were high!

In my email I asked that my HuffPost Women postpartum bipolar profile be shared via her organization’s social media.

Things were looking good. Dr. Disappointment shared my email with her Communications Director, who then emailed me. She wrote that my story would be shared via their “social media”.

This high-visibility bipolar group tweeted once about my article and made no mention of my having postpartum bipolar. Here’s their tweet:

“@birthofnewbrain writes about balancing her career, family and mental health. Read her profile on @HuffPostWomen“.

SNOOZEVILLE! Seriously, who gives a $&%&^% after reading that?

There was no accompanying image, which statistics show makes any tweet more inviting. But most significantly, there could have been the tweet I suggested:

“Did you know about an unusual form of postnatal bipolar?”

It’s no surprise that their tweet didn’t get a single retweet & two likes.

I figured,  Oh well…at least it’ll go on their Facebook feed.  But the HuffPost article wasn’t shared through their Facebook newsfeed or via any other outlets.

Why does this ridiculousness even matter?

I just wanted to reach some other mothers who live with PPBD or who could be helped by knowing about its very existence…c’mon! 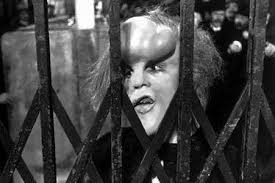 My email from the Grand Poo Bah Communications Director stated that the article would be shared in their social media, not social medium. (Sidenote – I even called the Communications Director, who works in London. I think I’ve called London once before in my 45 years on this planet! It was a big, bloody deal for me to call overseas. That sounds silly, but it was. I left a message for the Communications Director with her charming assistant who sounded like she was racing off for high tea at Harrod’s. I was 100% professional, and I was even rather charming myself. Having worked in three successful nonprofits, I was used to behaving that way.)

The Communications Director totally blew me off.

I wasn’t giving up just yet! (Can you believe this? In all honesty, I wanted to keep at pursuing my Grand Quest rather than sort piles of laundry, shelve clean dishes, and pick up dog poop…)

Back to Dr. Disappointment. She’s another mom with bipolar. Apart from holding a high office at the bipolar nonprofit, she’s studying mothers with bipolar disorder.  You think she’d be cool with my contacting her – not stalking her, but simply emailing her once.

I emailed her directly explaining the importance of the article being shared through their Facebook feed, and I asked if she could help me see that through.

Now, I have no idea what is going on with Dr. Disappointment’s life.

That’s a very important point for me to keep in mind.

But I was very surprised, given her personal and professional background and current research project, to be ignored. If she was overwhelmed, she could’ve delegated my email to someone else at her organization.

I had to let it go, of course.

And in the “So what?” tradition of my English high school teacher Mrs. Mary Redclay:

What are the lessons to learn from having your cause, whatever that may be, get ignored, minimized, or disputed?

Do you hit the bottle?

Do you binge on chocolate?

Do you talk to your dog, telling her how mean these people are?

Do you set your sights lower and wait to promote this disorder until your book comes out next year? (My hopes are that my book about PPBD will give it a bit more credibility. It helps that highly respected perinatal psychiatrists, scholars and other movers & shakers have contributed to it.)

So I’m going to try to hold back on the crusade for now…it won’t be a complete dissolution, but I’ll make a concerted effort.

I’ll follow up on this subject because it’s my personal nemesis…and writing about it always helps, as do your comments & likes.

I’m open to your advice too, as always! Can you please just charge me 5 cents?

Dyane’s memoir Birth of a New Brain – Healing from Postpartum Bipolar Disorder, with a foreword by Dr. Walker Karraa (Transformed by Postpartum Depression: Women’s Stories of Trauma and Growth), will be published by Post Hill Press in Fall, 2017.