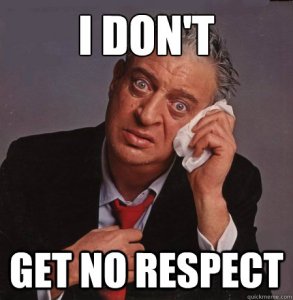 In the wake of the recent Marianne Williamson “just pray and meditate and love postpartum depression away” sh*tstorm, I’d like to share this post with you again. When I published it seven months ago, I tagged it incorrectly and it didn’t reach many people.

I want this information out there…more now than ever before. Yesterday I was rebuffed by a Very Important Bipolar Advocate who doesn’t think my (arguably) least-known form of bipolar disorder and least-known perinatal mood and anxiety disorder matters.

If you reblog this, you’ll get paid! (in good karma! 😉

Since 2013 I’ve abstained from writing this post because I worried it wouldn’t apply or appeal to most of you, even if you have bipolar disorder.

I finally decided to spill the beans.

Because it feels good, it’s free, and most importantly, there’s the chance this information may be relevant to a reader, maybe even you!

My mood disorder postpartum bipolar disorder (PPBD) is also sometimes referred to as bipolar, peripartum onset in the DSM-5. (Diagnostic and Statistical Manual of Mental Disorders published by the American Psychiatric Association and widely used by psychiatrists to classify mental disorders.) While I’m currently seeking a more recent statistic, in 2008 it was found in the United States that 29 out of 1000 women were affected by postpartum bipolar disorder.*

Here’s what PPBD is not:

PPBD is NOT postpartum depression (PPD or PND) or antenatal (during pregnancy) depression.

PPBD is NOT postpartum psychosis (PPP).

To reiterate, the two severe mental illnesses PPP and PPBD are NOT always one and the same!

Unfortunately medical professionals, websites, and articles are misinforming the public about the correct definitions of PPP and PPBD.

Most of the time PPBD is omitted from lists of perinatal mood and anxiety disorders (PMAD’s).

This bums me out, especially when these omissions occur on high-traffic websites, which I’ll discuss in Part Two as there’s a twist involved.

Here’s an example of the kinds of errors I encounter:

In order for me to be notified of the latest perinatal mental health research, I created a Google alert for the phrase “postpartum bipolar”. Once in a blue moon I’m alerted about women with PPBD who are profiled in the media, such as this article that popped up last month about an awesome mom named Sarah Hutchison.

Sarah Hutchinson is someone who fits the PPBD diagnosis bill, and it turns out I know her from my Facebook days.

As cool as journalist Karen Longwell’s “Sarah Hutchison Finds a New Path” article is, the piece contains subtle-yet-erroneous information. Sarah was diagnosed with postpartum bipolar disorder in 2008. Longwell states, “On Mother’s Day, 2010, she was hospitalized and doctors determined she had bipolar disorder, but it was no longer a postpartum illness.”

A 2013 CTVNews article that got PPBD right was titled “Baby Pinks? Postpartum Euphoria Can Be As Dangerous as Baby Blues“. It contains an interview with a Toronto-based psychotherapist specializing in postpartum mental health named Maya Hammer.

Regarding postpartum hypomania and mania Hammer remarked, “In many women, the condition eventually clears up. But for others, it’s the beginning of a long battle with postpartum bipolar disorder.”

“Long battle” is an excellent way to put it.

I’ve suffered with PPBD since 2007 and until there’s a cure, my battle shall continue. I was so glad to find this article, and I wish there were more mainstream articles published with such accurate information.

I was faced with a more significant error a few weeks ago.

In other words, I had postpartum mania, but I wasn’t psychotic. The stack of my hospital records delineating my diagnostic codes and symptoms and behaviors backs that up.

Despite my nine years of PPBD research, after my exchange with the physician, I grew paranoid about my knowledge, so I consulted a doctor and nurse who have studied perinatal mood and anxiety disorders in depth. I couldn’t believe my luck – within just an hour of my contacting these brilliant, busy women, they emailed me substantive, definitive research material supporting that PPP and PPBD can most definitely be two separate conditions.

After my friends came to my rescue, I felt confident enough to email the doctor. I haven’t received a reply yet.

The fact that even perinatal psychiatrists experts aren’t clear about what postpartum bipolar disorder entails is a major reason why I’m writing my book. Part Two of this blog post will further examine about why any of this really matters.

I’ll explain the Postpartum Progress conundrum and throw in an ode to my high school English teacher – it’s all connected.

Part Two will be published next Thursday – thanks for reading!!

Have an awesome 4th of July!

Thanks to my mentor Dr. Walker Karraa and the extraordinary mental health advocate/mom Ann Preston Roselle of Bipolar and Me  for medical research assistance.

Dyane’s memoir Birth of a New Brain – Healing from Postpartum Bipolar Disorder with a foreword by Dr. Walker Karraa (author of  Transformed by Postpartum Depression: Women’s Stories of Trauma and Growth) will be published by Post Hill Press in Fall, 2016.

62 thoughts on “My PMAD (Perinatal Mood & Anxiety Disorder) Gets No Respect! Part One”