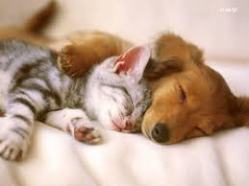 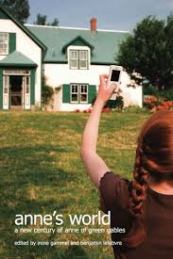 Yesterday I kicked back with my new book Anne’s World: A New Century of Anne of  Green Gables co-edited by L. M. Montgomery expert Irene Gammel.  I read Gammel’s chapter about Montgomery’s classic Anne of Green Gables and bibliotherapy.  The chapter was comprehensive in its analysis.  I mean absolutely no disrespect to Gammel, who is a fine writer (see her book Looking for Anne if you enjoy L.M. Montgomery books) but most of her findings went over my head.  I need to read the chapter one more time.  In any case, I’m more of a bibliotherapy believer, as Gammel cited studies proving that books helped readers deal better with life issues, and lessened or even alleviated their depression.

While I don’t feel capable to analyze bibliotherapy today, I am fired up to discuss how Anne of Green Gables influenced me to be nice, and how I’ve also been the Anne-Ti-Christ.

In Anne of Green Gables, heroine Anne Shirley always wants to be loving towards others.  She is the antithesis of the bitch prototype.  I always admired her for being so genuinely nice.

In Anne of Avonlea, during Anne’s first year of teaching grade school, her disciplinary philosophy is against corporal punishment. She tells her teacher friends that she would rather win her students over with kindness.  In one memorable scene, Anne completely loses it with her most challenging student Anthony Pye.  One day Anthony pushes her too far with his insolence, and Anne uses a hardwood pointer to whip him.    Anne is utterly disgusted with herself.  She feels she has lost all hopes of getting through to Anthony.  To her shock, Anthony offers to carry her books the next day.  He actually respects her for dishing out physical punishment.  I was totally surprised when I first read this scene years ago because Anne acted so out of character.

In another pivotal moment in Anne of Avonlea Anne upsets her new neighbor Mr. Harrison by accidentally selling his cow.  To try to smooth matters over with him, she brings him a yummy walnut cake.  This is typical Anne behavior, and it works.  They begin a close friendship.  In reading this, I learned that one attracts good things with gifts and a sweet disposition.  I knew I was capable of being “Anneish” like that, but I also was aware I had a very dark side as well.  Anne’s dark side wasn’t nearly as bad as mine.  I felt the worst thing she did was get mad when her classmate Gilbert Blythe called her red hair “carrots”.  (She broke her slate over his head.)  Eventually they wind up getting married, so it all works out in the end!

I knew I had a special force of anger within me in elementary school.  In sixth grade I attended Coliseum Street School in Inglewood. A professional theater production company came to Coliseum to produce a modern-day version of “Taming of the Shrew”.  There was plenty of excitement about the auditions.  I figured I’d get some small role at best, and I didn’t obsess over it.  The day arrived for our auditions, and I was given the lines of “Kate” to read in which she becomes quite angry.  I performed the scene and gave it my all, erupting into a state of anger I didn’t even know I possessed.  When I finished, the room was absolutely silent.  I felt a shift occur.

I won the lead of Kate.

I grew up with a mother who earned her prestigious university’s first television acting award.  She moved to Los Angeles to act, and she had real talent, but acting wasn’t for her.   While Mom shifted into another career, she never lost her ability to deeply embody the character of any role she wished to play.  Her rage was fierce, to say the least.

From time to time, I observed her getting angry with customer service personnel.  I noticed that when Mom got furious, she was usually treated with more respect rather than less.  It was easy for her to shift into the anger role, but it was not easy for me to display my outrage…at first.  These days whenever I lose my temper, I feel terrible afterwards, and it takes a long time for me to release my anger.  I feel hung over because at my core I am a good person and I don’t like to hurt people.  As I get older, I have less frequent temper tantrums, but when my hissy fits emerge, I advise you to run away if you’re anywhere around me!

I am stable right now on meds, and I have my anger in check most of the time.  Even so, I can lose control of my mood very quickly. Road rage is one of my weaknesses (I do nothing dangerous, mind you) and leaving livid voicemail messages when I’m frustrated is another of my failings.

I grew up around a lot of anger, and children really do “learn what they live” in the words of Dr. Dorothy Nolte, who wrote the famous piece “Children Learn What They Live”.  Add to the fact that I am a natural drama queen, my mother has acting in her blood, and oh yeah, I have bipolar, and what results is a perfect storm of a potential freak fest.  I want to get a grip on this dilemma not only for myself, but for my husband and children’s sakes as well.  As much as I’d like to emulate Anne Shirley’s even temperament, I don’t think I can.  In Montgomery’s books, Anne is truly, consistently nice.  She could never be a bee-yotch.  That’s why these books appeal from generation to generation.

Anne Shirley will be one of my role models for the rest of my life.  I hope my girls will read the Anne books (they should since they are named for characters/places in them!) and learn from Anne’s good nature.  It’s important to express anger, but there’s a civil way to do it and a crazy way to do it.  Believe me, I know how to be civil and how to be crazy, and I prefer to be the former.  I’m always looking for pointers on how to calm down in the midst of an emotional storm, so let me know what works for you!

2 thoughts on “Being Nice vs. Being A Bee-yotch!”