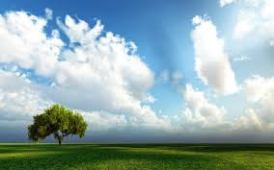 Today I hunted around on the internet because I wanted to give credit to whoever came up with the brilliant saying “the tyranny of a beautiful day.” I couldn’t find the original source;  in any case, this sentence has always rung true to me.  I pondered that line during the many months I woke up depressed, looked out the window, and saw brilliant rays of sunlight shining down.  I preferred gloomy rain to mimic the way I felt.  Today is technically a beautiful day in the Santa Cruz Mountains – it’s sunny, clear and sixty degrees.  But we are long overdue for rain, and the drought conditions are causing tremendous alarm in our community.

I am stressed out about the drought, but I am even more concerned about something that will sound ludicrous: my daughter’s birthday party.  I’m hesitant to even cover this subject in today’s post, but I feel compelled to “write it out”, which reminds me of what the author L.M. Montgomery described so eloquently in her book “Emily’s Quest”:

“For writing, to Emily Byrd Starr, was not primarily a matter of worldly lucre or laurel crown. It was something she had to do. A thing–an idea–whether of beauty or ugliness, tortured her until it was “written out.” Humorous and dramatic by instinct, the comedy and tragedy of life enthralled her and demanded expression through her pen. A world of lost but immortal dreams, lying just beyond the drop-curtain of the real, called to her for embodiment and interpretation–called with a voice she could not–dared not–disobey.”

I have loved Montgomery’s Emily trilogy for years in part because her books depict the evolution of a young female writer.  Even though many people consider these books to fit in the children’s genre , they still appeal to me at age forty three.

So, back to the party.  I haven’t given a children’s party for the past six months ever since I got out of the hospital.  We have a lot of people coming to the party, including formerly estranged family members and what I call “fair weather” friends.  I have three close friends whose presence would comfort me, but I would rather be with them one-on-one .  Thank God my husband will be there.  To be fair, every person attending is genuinely nice – it’s not like Satan will be there.   And in an ironic twist, my therapist will join us in a non-therapist role, as her daughter is friends with mine.  My therapist and I agreed I wouldn’t identify her to others and I’ll be keeping my distance from her so it’s not awkward.  In our session yesterday I shared with her how I was worried about this gathering because I believed I needed to act “normal”.  She chucked and replied, “Who is normal, anyway?”  She has a good point.

Even so, I  feel like I have to put on the dreaded “normal face” in order to make it through the afternoon.  How I hate feeling like I need to put on an act.  In the past when I went to events I drank alcohol to feel at ease, but now I can’t have a drop due to the MAOI (monoamine oxidase inhibitor) Parnate that I take for bipolar.   If I drink, I can die, so a margarita is no go.  I don’t smoke either since my beloved grandmother died of lung cancer due to smoking.

I’ve never felt comfortable in social situations, before and after being diagnosed with bipolar.  I wish that I looked forward to the milestones in my kids’ lives.  I wish I was able to enjoy parties instead of regarding them like root canal work.  For me, it’s a hundred times harder being the host instead of a simple guest.  What I meant to write is that it’s harder being the “host with bipolar” than a simple host.  Oh well.  Whine whine whine.  I should be fretting about problems that truly matter, i.e. what I wrote about in yesterday’s post.  I thought I’d be dealing better with my social anxiety and my shame in having bipolar by now.  There are no easy answers to this deep-seated problem.  It’s going to take a lot more work.

While I am hesitant to press the little “publish” button I’m going to do it.  Maybe you can relate to this and let me know what helps you in these situations.  I’d love to know!